Museum tickets, service costs:
The exhibition presents the history of Hungarian kindergartens from the first opened in 1828 until the 1960's via toys, objects and documents. 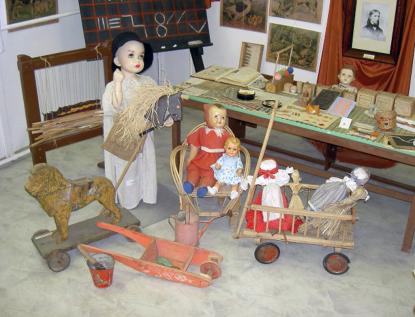 The Brunszvik family was not only known for their relation to Beethoven. Brunszvik Teréz was one of the most educated women of her times. She nursed close relations to Beethoven. At the beginning of the 19th century, European societies did not educate children under 6. The first nursery schools opened in England in 1817. However, the first one only appeared in Europe ten years later. Teréz opened the first kindergarten in Hungary and East Europe in Buda in 1828. Later, the first Austrian and German kindergartens opened following her incentive.

The first part of the exhibition shows the scale model of the first Hungarian kindergarten and documents related to the institution. We also show the development tools of the first German kindergarten teacher Fridrich Fröbel. These were used in the kindergartens in Hungary from the 1860's mixed with experiences of the English nursery schools.

At the end, we show kindergartens of the 1950-60's. In the first decades of socialism, politics strongly effected kindergartens. The Russian method was compulsory. Luckily, from 1960 Hungarian kindergarten education was listed among the best in the world. These were the years when day boarding kindergartens dispersed.

At last, children can try the toys of their grandparents.