Museum tickets, service costs:
The region of Balaton became a part of the road and settlement network of the ancient Pannonia provinci. Various stone relics tell us about the life of the villages and villa districts. These stones were often reused during the Middle and the Modern Age. 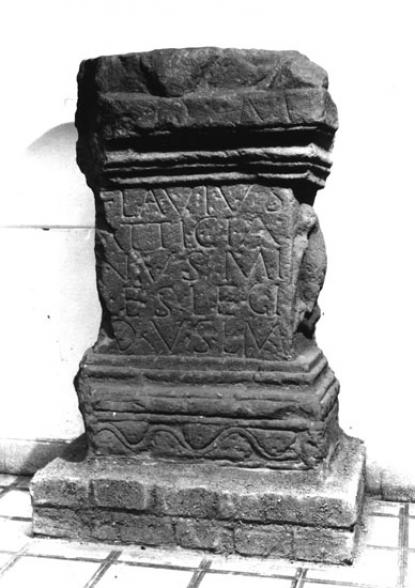 The grave relics of the 1-3rd centuries are ornamented by mythological scenes, animals, herbal motives or the reliefs of the dead.

The family gardens were often adorned by statues.

The altar stones witness to the Roman superstitions. Tghey had mostly been erected to the uttermost "Jove", but we can also see altars built for Juno and Neptunus. The name and rank of the erectors had often been marked.

Along roads high cylinder shaped milestones indicate how much the wanderer was to go to get to the nearest major settlement. The demonstrated piece had been standing 46 miles away from Aquincumtól.

The building works are represented by roof covering bricks, support trunks, plinths, pillars, etc. The building elements of the Kékkút building were chiseld from red sand.